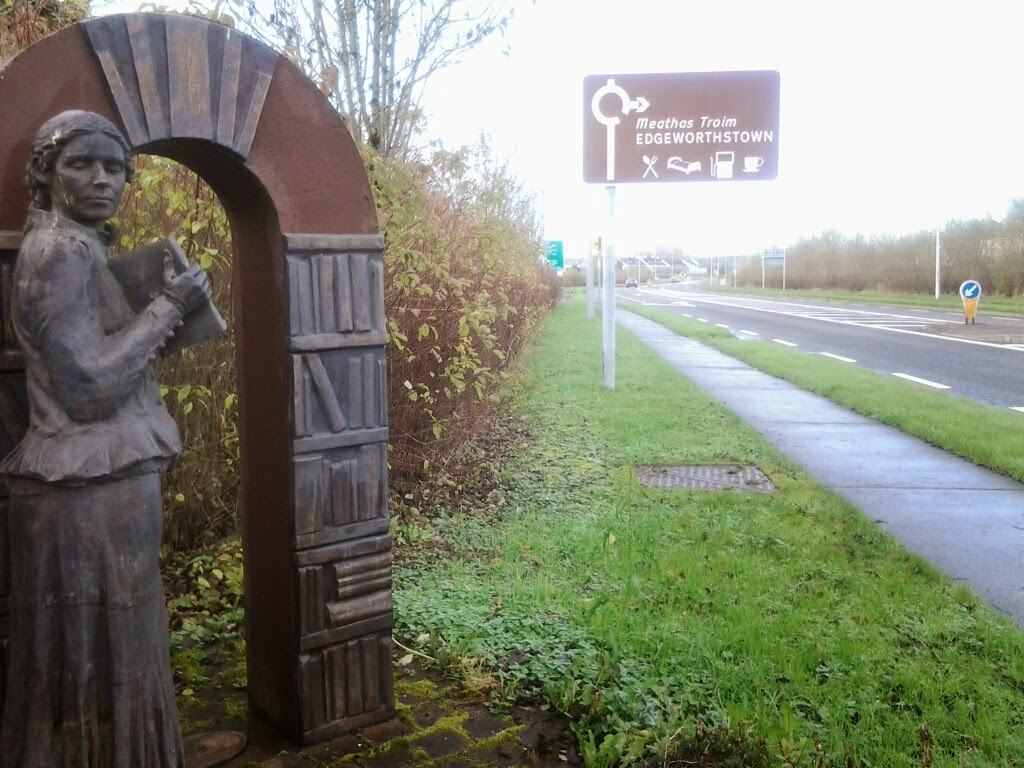 What's on in Edgeworthstown, Rathowen & Streete (and also across County Longford) 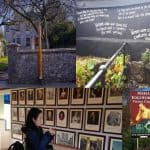 You can reach us

Visitors are welcome to bring a picnic and enjoy it in our adjoining park with its childrens’ playground.

The Maria Edgeworth Centre has four exhibits:-
1. The Edgeworth Story
2. Edgeworthstown and its role in the Primary School System (with exhibits)
3. The Edgeworth Portrait Gallery
4. ‘Scenes from a Disembodied Past’ – an exhibition by artist Bernard Canavan

Hand held audio devices will not be available, there will be an Open Broadcast presentation available in seven languages.

A souvenir audio guide of Edgeworthstown & its History is available for the special price of €5.

St. Mary’s to St. John’s and Beyond Guided Walk

Join us for a tour around one of Ireland’s hidden treasures. Follow in the footsteps of Maria Edgeworth, Oscar Wilde, Walter Scott, Oliver Goldsmith and others

Take a tour around the grounds and restored walled gardens of Edgeworthstown House, ancestral home of novelist Maria Edgeworth (Castle Rackrent) and her famous father Richard Lovell. Hear stories of visits by Oscar Wilde and William Wordsworth. €5 per person” 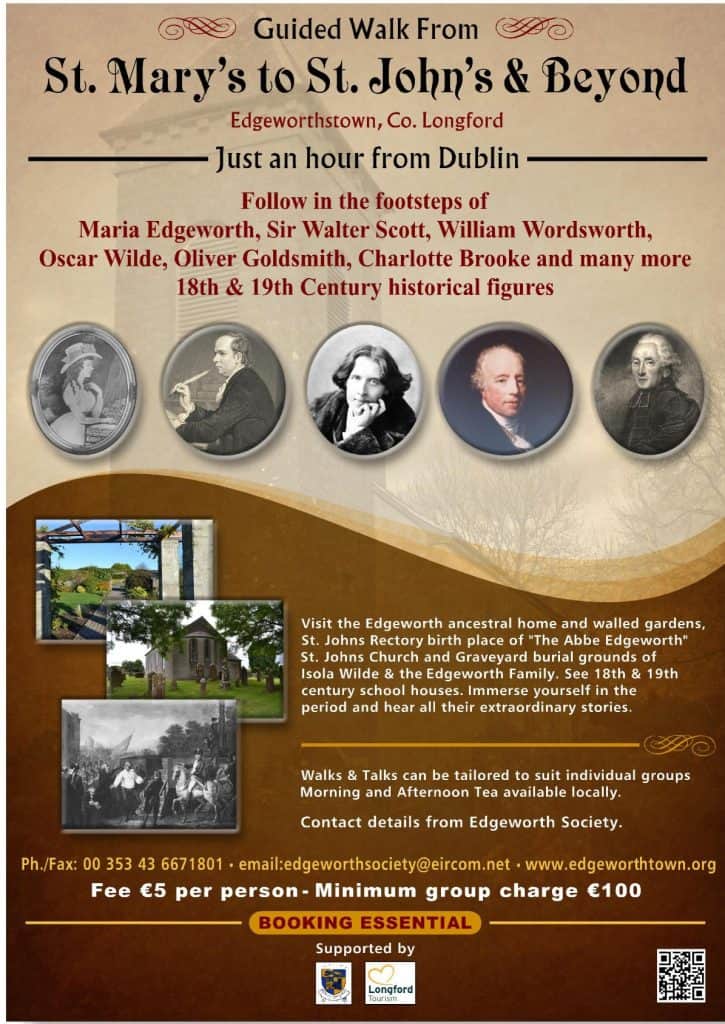 Events in County Longford during March 2020

Entries are now open for the 25th annual Maria Edgeworth Poetry & Short Story Competition. This is a great opportunity to enter this prestigious competition with a cash prize of €250 for the winner.
Closing date for entries is Friday 6th March 2020.
Details from www.edgeworthstown.net or call 043 6671801.

Our A.G.M. will be held on Wednesday March 18th in The Green at 7.30 p.m. NON MEMBERS of all ages are very welcome. Do come along and hear about our projects and plans for the coming year. We need your contribution and help. Just one or two hours per week will benefit your town and will be an immense help to our Tidy Towns volunteers. The more help we have the more we can achieve. Our new library, upgraded streetscape, upgraded Walks will be completed this year. Our town will be looking so much better – a lot done, more to be achieved. 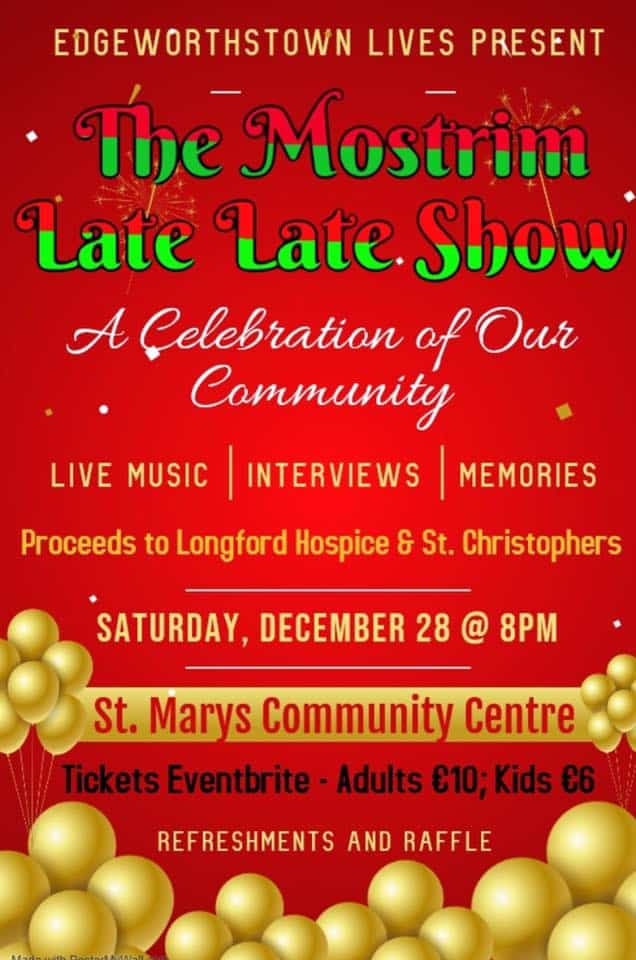 The Mostrim Late Late Show is a celebration of our community with live music, interviews and memories all in one evening.
Photos from the show can be seen here, taken by Monica Coyle, many thanks Monica:-

Click on the links to open videos of some of the night’s entertainment – many thanks to John McGerr:- 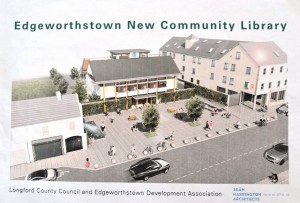 An application for planning permission was submitted to Longford County Council in August ’15 for the new Community Library in Edgeworthstown.

The building is to be developed by Longford County Council on a site owned by Edgeworthstown Development Association in a joint venture between the two organisations.

The plans for the new library can be viewed at the county council offices, the county library and the Edgeworthstown Development Association’s offices at the Old School
house.

Funding of €1.25 million from the Department of the Environment and the Libraries Capital Investment Programme was announced in January ’16.

Edgeworthstown Development Association will also unveil plans for a new streetscape in the town shortly.

Spring 2019 Update:
Funding of almost €1.3m has been allocated under the rural regeneration programme to deliver a new car park and create a new public realm plaza alongside the new public library.

Together with a new enterprise hub on the site of the former Ulster Bank, it will see almost €4m spent on the town in the coming year.

Work on the library site is now expected to commence by this Summer.

June 20th, 2019
The Minister for Rural and Community Development, Michael Ring, accompanied by The Minister for the Office of Public Works and Flood Relief, Kevin Moran, turned the sod on the library site. The contractor, Adstone, will commence site works on Monday next for what is expected to be a 49 week construction period.

Minister Ring spoke about the cost of the project:
The Department of Rural and Community Development has approved funding of €2.4 million under its Library Capital Programme towards the overall €3.9 million cost of this project. The Libraries Capital Programme is approximately €29 million and supports a total of 19 projects.

Minister Ring commended the local development association for their fundraising efforts and praised them for having the initiative to purchase the site in the first place and subsequently donate it to the Longford county council, praise that was reiterated by Cathaoirleach Micheál Carrigy.

Minister Ring said, “I commend Edgeworthstown the Development Association for their initiative and fundraising effort to secure this property for the library.”

The Minister also acknowledged the role of Longford County Council staff and commended the collaboration between the Local Authority and the community that has brought Edgeworthstown Community Library to this stage. Minister Ring then commended Longford county council CEO Paddy Mahon for his work on the project and the continuous work of the county’s library staff.

Tenders have been issued for the ESB’s plans to underground all wires through the town and work on the interior of the business innovation hub at the former Ulster bank is being undertaken presently.


Longford Person of the Year Award, October 2019 - Beatrice Patterson
Congratulations to local girl Beatrice Patterson who recieved a Longford Person of the Year award at the Awards ceremony on October 12th. The award recognised Beatrice’s work with Edgeworthstown Tidy Towns and her unstinting enthusiasm and hard work over many years. Beatrice works tirelessly along with her Tidy Towns colleagues to keep Edgeworthstown looking it’s best. Co-incidentally Beatrice also celebrated forty years of work with her local employer C&D Foods the same day.
Well done Beatrice, keep it up! 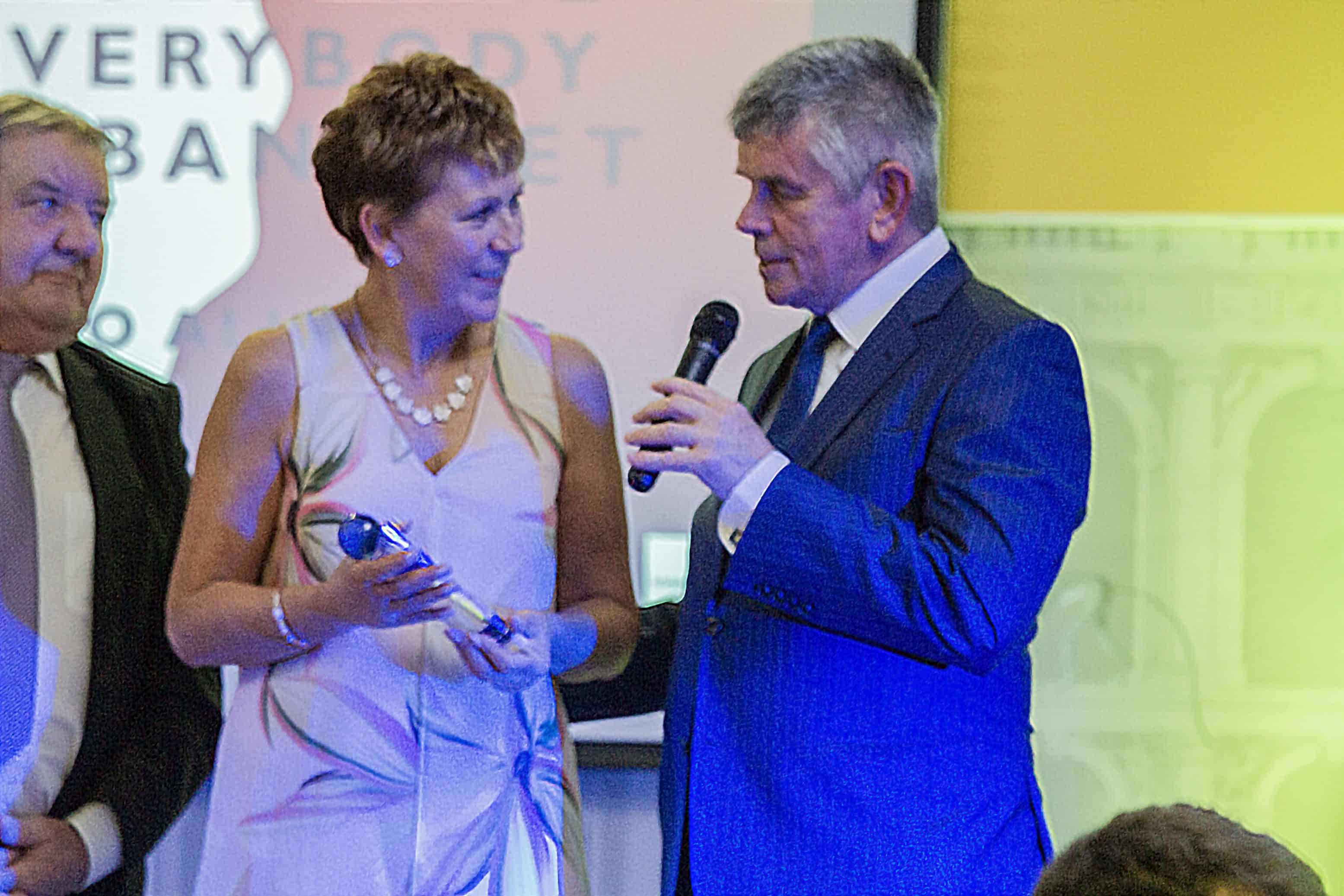 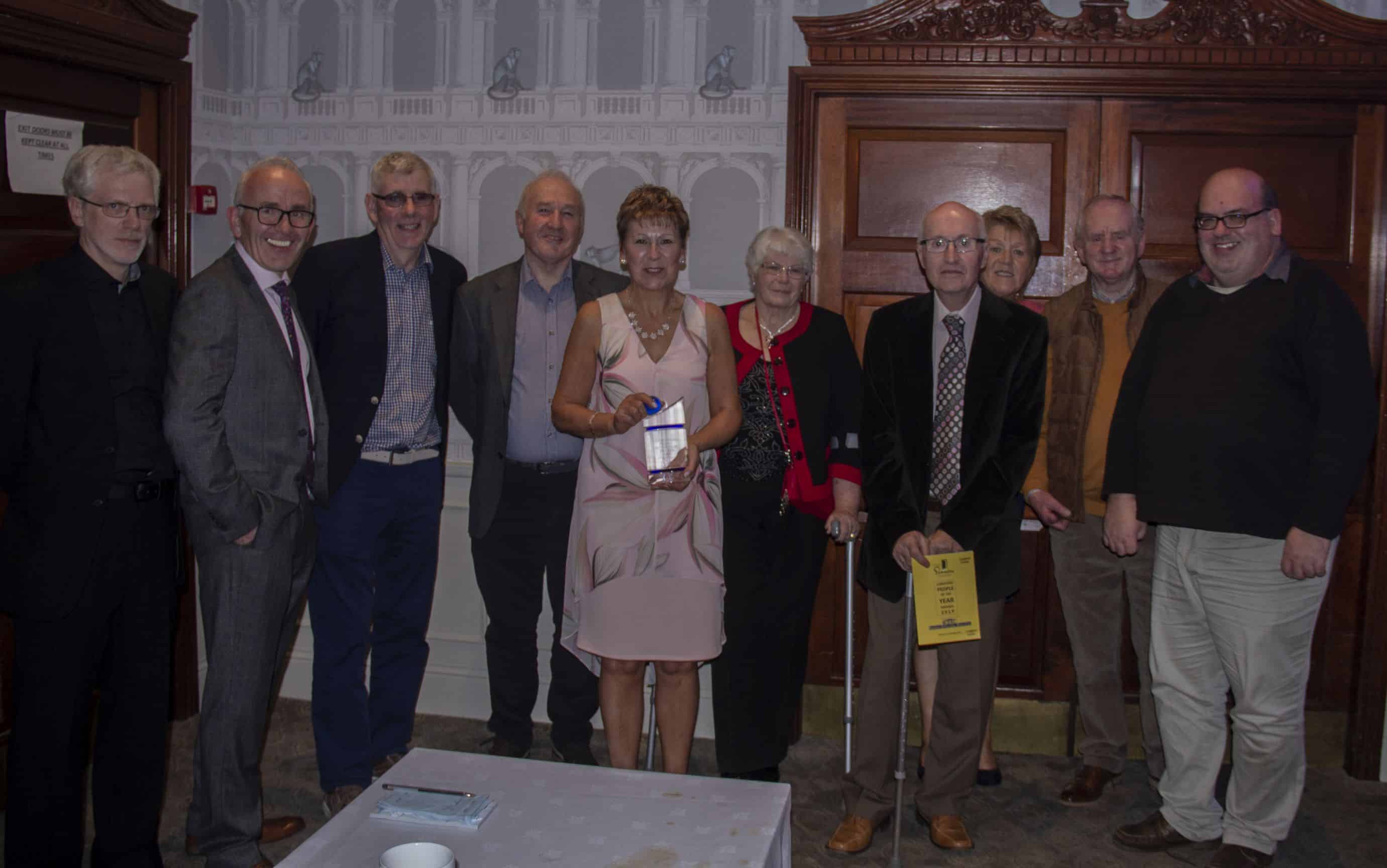 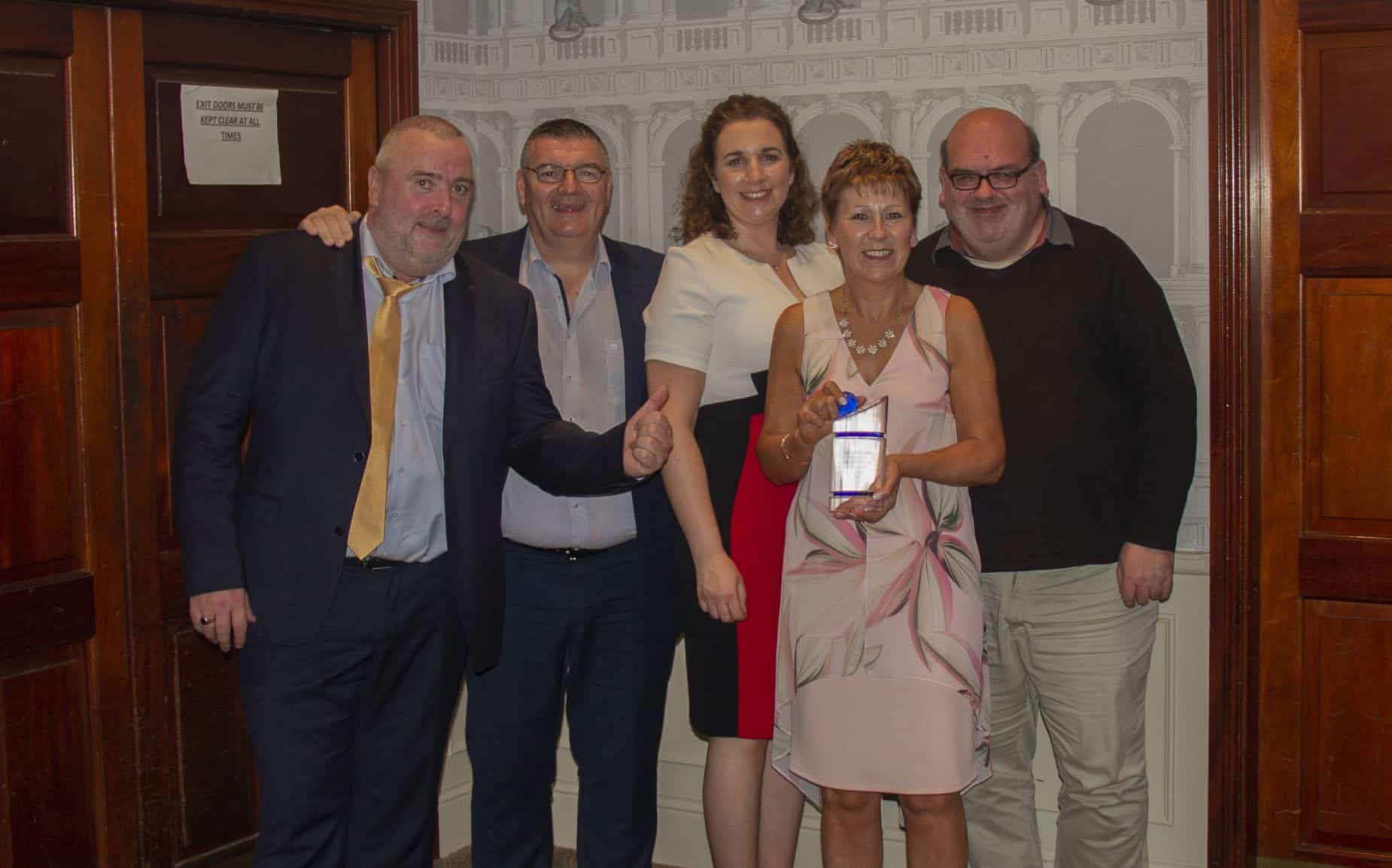 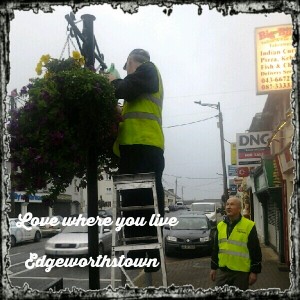 Saturday afternoon and Wednesday evening work groups (weather depending):
Meet at The Edgeworth Hotel Wednesdays (during the Summer months) at 7.30p.m. and Saturdays at 2.00 p.m.

Litter at Aughafin Cemetery - January 2018
We are appealing to users of Aughafin Cemetery, when tending to the graves of loved ones, to bring their old flowers/plants/plant pots and general rubbish home.
Longford County Council do not currently collect rubbish from the cemetery. Any discarded rubbish piles up and quickly becomes unsightly. Bring a plastic bag for soil and old plants/flowers which you can compost at home and collect plant pots and give them to the gardeners at Our Lady’s Manor.
Many thanks. 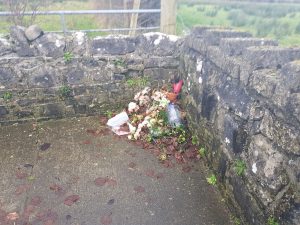 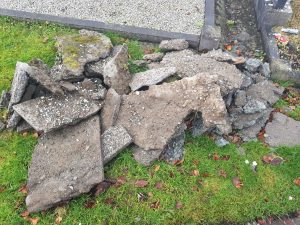 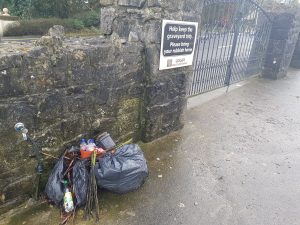 Tidy Towns Links
Be sure to check the Tidy Towns website and Facebook page as well as The Edgeworth Society website for more details and calendar of events locally. Use the links below. 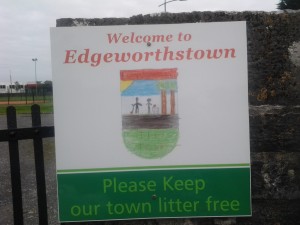 After almost 6 decades (25 years have been sponsored by SuperValu), TidyTowns continues to go from strength to strength. The competition was designed to bring communities togrther in a spirit of neighbourly pride for the town in which they live. It celebrates the power of individuals within communities to effect positive and sustainable transformation; the power of a village or town to become a stronger community.

The results of the 2017 SuperValu TidyTowns Competition were announced on 24th September.

Our town has the potential to achieve much better and will be rewarded with much higher marks provided we have support and practical help from all members of our community. While most of the visible effort comes from a small group of Tidy Towns volunteers sometimes the efforts of an individual shines through. This short excerpt from the 2016 adjudicators report comments on how he/she found St. John’s school:
“Another stand out building is a school – St John’s Church of Ireland National School 1886. It is very well presented and belies its age. Large, well filled window boxes and flower containers at the base of the schoolhouse wall add lots of colour. Well tended roses and shrubs along the boundary wall add further colour. Space has also been found for trees. Recycling bin. School yard spotless. All neat and tidy. A very well preserved and presented part of Edgeworthstown’s built heritage.”
This is the result of Michael McCormack’s work and is an example of how one person’s efforts can make a difference.

If you have pride in the town you live in and would like us to achieve higher marks please contribute a small amount of your time to work with the Tidy Towns group for a few hours each week.

Volunteers needed for Saturday afternoon and Sunday morning litter picking (and for Wednesday evening work groups during the Summer). Or organise a group to litter pick in your own street, road or housing estate?

Back in 2015 Gerry Lynn, Jimmy Connell and John McGerr discussed the idea of interviewing some members of the older generation of our parish with the idea of collecting their stories and memories.
The resulting videos below are interivews of local people reflecting on times past and how life has changed in and around Edgeworthstown. The interviews were conducted by Jimmy Connell and filmed by John McGerr (many thanks guys). More interviews will be added here as they are made available. 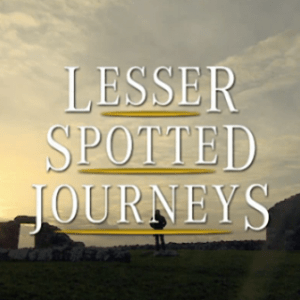 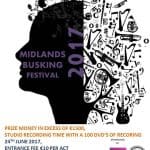 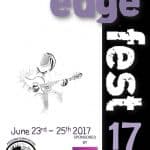 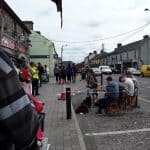 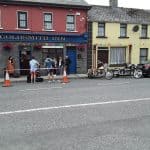 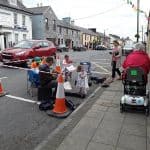 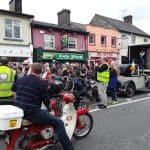 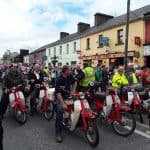 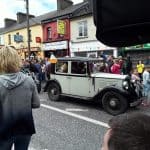 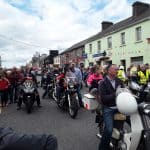 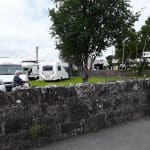 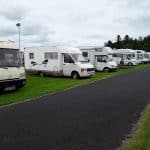 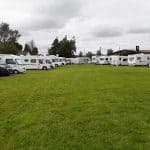 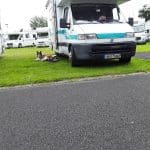 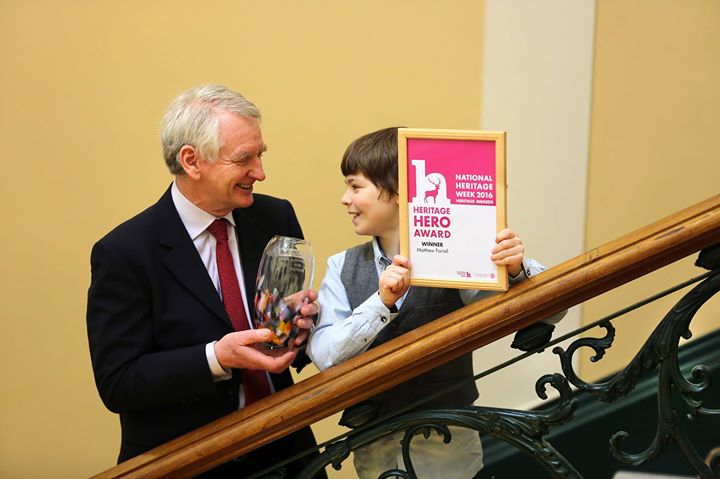 The Heritage Council’s Heritage Hero Award celebrates someone who has made an outstanding contribution to the protection and promotion of heritage in Ireland. This year 86 individuals were nominated.

Other projects include the development of The Fair Green and The Old Schoolhouse which function todays for training and education purposes and continues the example set by Richard Lovell Egeworth and Maria Edgeworth.

Well done Matt in achieving this national recognition of your efforts over many years.

Visit our Facebook page and join our Community
http://www.facebook.com/Edgeworthstowncommunitycampus

Library membership is free of charge with internet and printing/photocopying/scanning facilities. Books may be borrowed for up to 3 weeks and may be renewed online or by phone.
On the days that the library is not open books can be returned by dropping them through the letter box (green door) of library.
For enquiries contact Helen Martin or Helen Sheridan 043 6671927

Community House, Cloverwell
Coffee and information mornings for local residents take place every Monday at 11.00a.m. in the Community House, 43 Cloverwell, Edgeworthstown.
If you would like to attend please contact Peter Masterson at 083-3051786